Jun 02, 2014 Tinley Park Family wants to save Pit Bull That Caused a Bloodbath at Vet Clinic

UPDATE: Interview with Buddy's two victims who believe that even with restrictions, accidents happen and the pit bull should not have gone home with CONCIALDI.

UPDATE: The Cook Co. Illinois  State's Attorney ruled on Buddy in only the third vicious dog hearing since 2007 (Way to keep those vicious dogs off the street!).  Buddy has been ruled to be vicious, but he gets to go home!  He has to have a six sided enclosure in the backyard and be muzzled WHEN IN PUBLIC.  That's right, they still get to take him out into the community.  No mandated insurance mentioned. I hope Buddy's furmommy and daddy were told that if he attacks again, they'll get felony charges.

The owner of the veterinary clinic where Buddy attacked and seriously mauled two people was surprised to learn they're releasing the dog.

UPDATE: Furever Rescue owner, SHANNON SMITH, was fined $250 for Buddy's attack at the Veterinary Clinic of Tinley Park on two people for allowing a dangerous dog to bite.  Buddy (aka Sampson) had been temperament tested and had "passed with flying colors" which is not unusual for pit bulls.  Pit bulls have passed temperament tests "with flying colors" before and after attacking ponies and dogs and killing children.

Apr 01, 2014
Despite having caused a "bloodbath" Buddy (aka Sampson) is still listed as available for adoption on the Furever Rescue website.  He is still described as having "no aggression issues with food, treats, people, cats or other dogs. Sampson is a very mellow dog who truly deserves to know what the good life is. Sampson is also house trained and keeps his cage very clean."

Buddy, a 7 year old pit bull living with foster dad, ANTHONY CONCIALDI,  went to the vet to have sutures removed.  He was muzzled for the procedure, but it turned out that the sutures had fallen out by themselves.  As no procedure was necessary, Buddy's muzzle was removed. 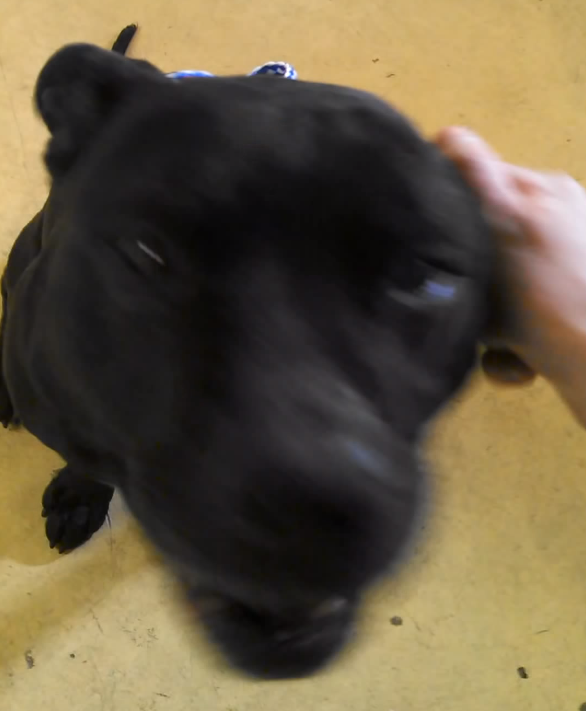 Buddy then created what has been called a "bloodbath" by inflicting what have been called "horrendous" injuries.

"It was mere seconds after Buddy entered the exam room when the clinic erupted in growls, barks and cries for help, said the client who wished to remain anonymous. A vet tech exited the room with a "gash to her face," and someone ordered the call to 9-1-1.

"There was blood everywhere," the client said.

The attack sent at least one vet tech to the hospital via ambulance, a Cook County spokesman told the Tribune. "

Jaimie Elliot who identifies herself as an employee of the vet clinic and the daughter of one of the victims left these comments on a news story:

The foster daddy, ANTHONY CONCIALDI, after being initially horrified, has of course decided for himself and his neighborhood that Buddy should go back to him instead of being put down.

The bizarre response by the foster daddy has confused the Cook County Animal Control Administrator:


Donna Alexander, Cook County's Animal Control administrator, said Buddy's case is "probably the hardest case that I have ever had" (REALLY?) as she is balancing the dog's foster owners' affection with public safety. (No, these two things do not need to be in balance.  If public safety is an issue, "owner's affection" goes out the window.)
"I've got two things (on) my mind. I've got this wonderful dog that's got these people living with it and they love it and it sleeps in their bed, and then I've got a dog who all of the sudden goes berserk," Alexander said.

Seriously, Donna Alexander knows this was a bloodbath and has experience with vicious pit bull attacks from around the city and AT HER OWN FACILITY and she is confused about the best course of action?

The judge who is to decide what happens to the pit bull also seems to be flummoxed by the pit bull's and the foster family's bizarre behavior and is responding by still not setting a date for a vicious dog hearing.

So the head of Chicago animal control and the judge are both worried about being the bad guy to a bunch of nuts and are responding with dithering inaction.  Why not poll the foster daddy's neighborhood and find out how many children, elderly, and pets will be put in harm's way if the dog is not put down and what the neighbors think about that?  Or at least consider their existence, for the love of Mike.